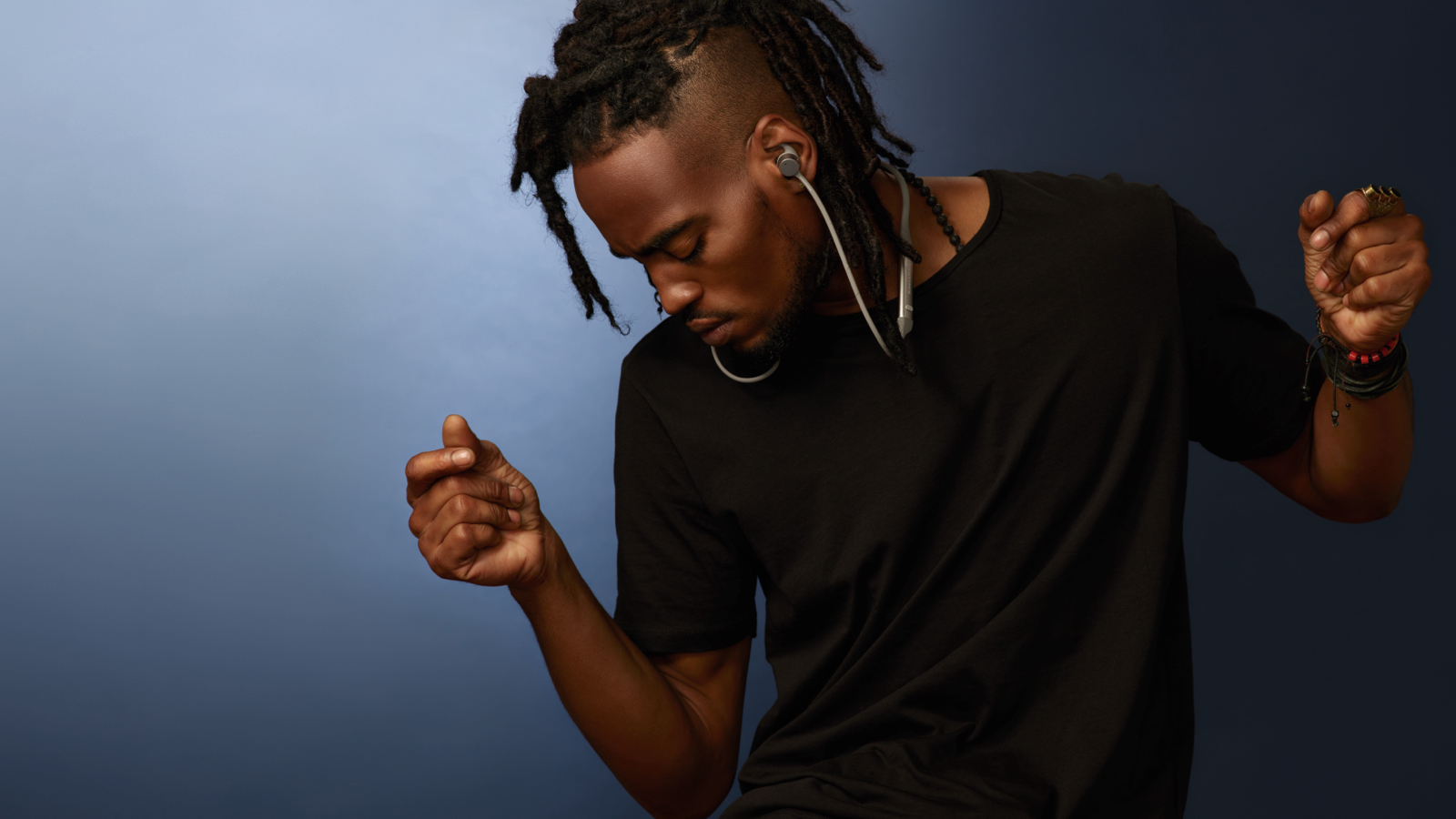 Historically, B&W headphones have been beautiful with impeccable acoustic quality, but user experience pain points were harming the products’ chances in a crowded market. By addressing customer problems with design approaches that harmonized with individual stakeholders, I was able to reduce customer frustration to a minimum while contributing to a doubling of revenue.

My Role: I’ve been through a full product development cycle from concept to launch where I owned hardware and software interaction design and worked collaboratively with product management and contractors to develop the industrial design.

Bowers & Wilkins is a half-century old British audio brand with highly regarded products the likes of which you’ll find in luxury cars and famous recording studios.

The brand has fared well based on product quality and a cult following, but as the company pivots towards growth markets like smart speakers and wireless headphones the challenge is to remain relevant and truly engage with customer problems.

Headphones is what Jim Cramer might call an “exploding market.” Enormous revenue, decent growth, but seriously competitive. The opportunity for B&W was to take market share and generate revenue while exposing the brand to a wider set of customers interested in paying $200 for headphones if not $20,000 for speakers.

Acoustics, although fundamental to the B&W legacy, was only ranked slightly higher than user experience in attributes important to customers. This validated an initial assumption of mine: headphones that look great, sound great, but don’t necessarily “feel” great get returned.

Connecting Stakeholders To The Customer

UX for headphones encompasses a lot of different areas of expertise. Interaction design, the aspect for which I was directly responsible, is only a portion. UX also touches industrial design, software features, comfort, brand marketing, and a myriad of other variables. In order to manage UX successfully much of my job became about taking diverse perspectives and focusing them through the customer experience.

By virtue of working at an older company, I was able to build a foundational understanding of the customer just by chatting with experienced coworkers. From this I was able to draw out some assumptions to be explored with formal research.

Typically older, typically male: a reasonable assumption about customer demographics that helped me push my approach to accessibility past what I would normally consider when designing for my peers.

Countersignaling: Functional, understated design is important to what the customer considers luxurious.

Music first: B&W customers fancy themselves as audiophiles, so anything I can design that eliminates friction between the user and a seamless listening experience is a net positive.

Acknowledging constraints is a considerable phase in hardware development, and something I approached with humility and curiosity. Coming from mostly digital products, there was plenty that I didn’t know I didn’t know.

ID agency did not understand UX: With limited time and limited revisions, it was difficult to advocate for human-centered adaptations to the agency’s product visions.

Human Factors: Physiological and psychological constraints abound in a wearable that needs to balance shapes and sizes of people.

What’s a no-cost way to learn from customer insights quickly and easily? Hang around Best Buys all weekend asking staff and shoppers open-ended questions! I was really surprised how genuinely people responded, and just this first step gave me a very clear picture of the competitive landscape.

There’s always more research to do, but what I was able to gather through these lean but mixed methods was hugely valuable for identifying areas of opportunity that created the most impact on the customer.

There were numerous opportunities, but considering the constraints the following surfaced as the most actionable and significant to the customer.

Physical user interface: So much to improve around ergonomics, button signifiers, and availability of features.

Sound Design: The audio cues in previous products were indecipherable.

Wireless noise-cancelling headphones require a number of interactions and features to be surfaced in a very limited amount of space and at as low a cost as possible. Form, surfaces, materials, and other externalities moved me away from capacitive sensors for touch interfaces like I would have preferred and towards physical buttons and switches. Next, I looked at the previous generation of products and determined what existing pain points could be corrected.

Below is the PX, a previous generation product that illustrates the UX peril in choosing aesthetics over usability. The look and shape of the PUI is subtle and clean, but after spending a lot of time watching users struggle to set up and use their headphones (and reading literally hundreds of reviews and comments online), it became patently obvious we needed an improved design.

Unfortunately, there was not a lot of flexibility in what I could change but quickly prototyping, iterating, and testing led to some good results. Many times throughout development the scrappiest prototypes helped me diagnose issues and make decisions on a very tight schedule.

Improvements Within The Constraints

PX7, successor to the PX, shows how some of the previous pain points were addressed. Simple solutions like labeling the switch and moving the volume and multi-function button to the bottom of the ear cup immediately improved usability and comfort. I’ll be the first to admit this PUI isn’t breaking new ground, however being able to unbox your new headphones and easily pair them to your device - all without consulting a manual - Bonus!

Bringing A Compact PUI To Life

I found a tiny bit more room for creativity in designing the interface for PI4 and PI3 (the in-ear neckband products). Version “X” shown below was what was delivered by the ID agency. Recognition of the buttons - especially by touch alone - was proving to be less than ideal. With help from the agency, iterating on shapes, topologies, and arrangements was helpful in getting to a final design.

Below is where we eventually landed. I think it keeps a modern-looking, low-profile design in balance with easy to recognize shapes and textures. The knurling and unique shape of the multi-function button allows users to easily orient themselves by touch only, even through clothing fabric.

Balancing Interactions On A Single Button

On the PX the auxiliary button was only used to toggle noise cancellation on and off. Other features were only accessible through an app.

By thinking more about layers and gestures and a system for audio feedback, I was able to give the user the ability to enter a variety of states still using a single button.

There’s many points where audio feedback is needed to communicate state changes or important notifications like a dying battery. Because the chip inside the headphones has very little RAM, I had to balance very short, mono sound files with effective feedback. Honestly, I didn’t quite pull it off.

In spite of the effort I put into designing the tone, texture, and rhythm of each cue, the reality is that any number of sounds beyond seven is pushing the cognitive load. I had seventeen bleeps and bloops and not a whole lot of clarity. Pivoting to voice prompts recorded by a voice actress solved this issue and also opened up an interesting opportunity to give our products a human touch.

With the interaction points mapped out, producing the voice prompts was a fairly straightforward process of demoing voice actors and working with them to find the right performance. Economy of language along with subtleties like intonation and pacing were important considerations in “designing” the prompts.

Creating the audio cues was considerably more technical, employing various methods of synthesis such as physical modeling, wavetable, and frequency modulation. Ableton Live’s “session view” proved to be a helpful tool in organizing dozens of sound design iterations in columns of textures and rows of gestures.

An imperative piece of wearable UX is comfort. Testing everything from silicon stabilizer tips to headphone clamping force, I served as lead on organizing trials and delivering data to engineering. I also learned a great deal about ergonomics, physics, ear anatomy, and the physiology of hearing.

Nothing sharpens your instincts and truly humbles you like managing alpha and beta testing. Originally planned to be a black box, testing was brought in-house due to budget concerns. It turned out to be a blessing in disguise, as I really came to relish the deluge of unabashed feedback. One aspect of my design that just did not land was the original sound design of the audio cues. With seventeen unique tones, nobody had any sense of what they all meant. Because of this I pivoted away from audio cues and towards voice prompts... which was a whole other undertaking!

With such a small team and tight budgets, being able to turn out four products in less than half the time used in the previous development cycle is definitely a measure of success.

Working quickly only matters if the end result is customer satisfaction, and I'm happy to see the products getting the attention and approval they deserve. I also lurk on forums and in YouTube comment sections for some unbridled feedback, and the response seems to be almost entirely positive.

After launch of the products, I was in close contact with the customer service team in order to monitor any frustrations or failures coming from headphones owners.

One assumption I had made about how customers use “ambient pass-through” mode seemed to be causing confusion, and I was dismayed to be responsible for an avoidable misstep. However, I listened to the feedback and corrected the behavior of the feature which was promptly released as a firmware update.

Although it’s obviously better to catch issues before launch, responding to customers and providing a timely solution made them feel respected and ultimately strengthened their relationship with the brand. 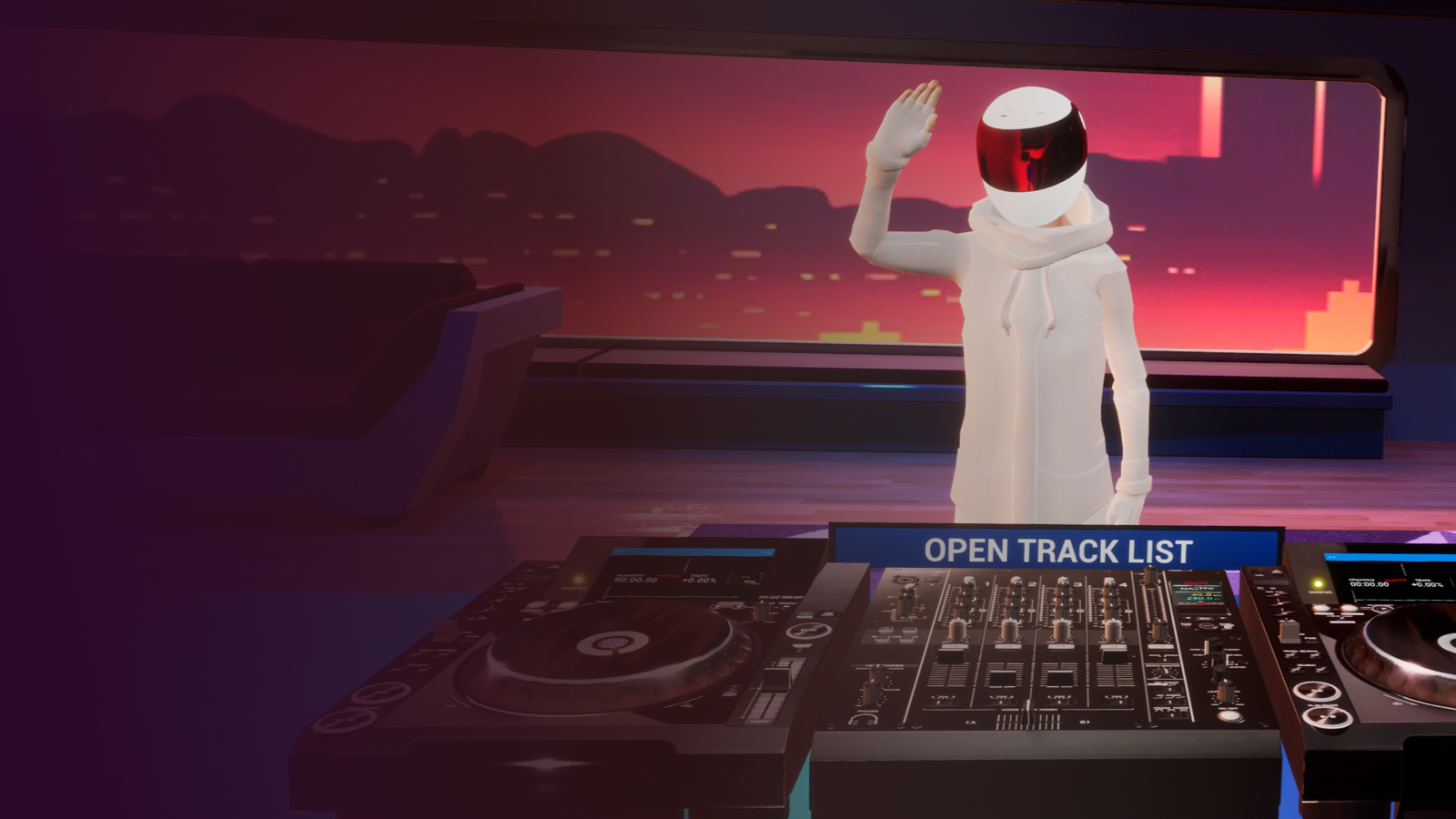 Researching and designing with a focus on narrative, 3D space, and teaching skills that extend beyond VR.